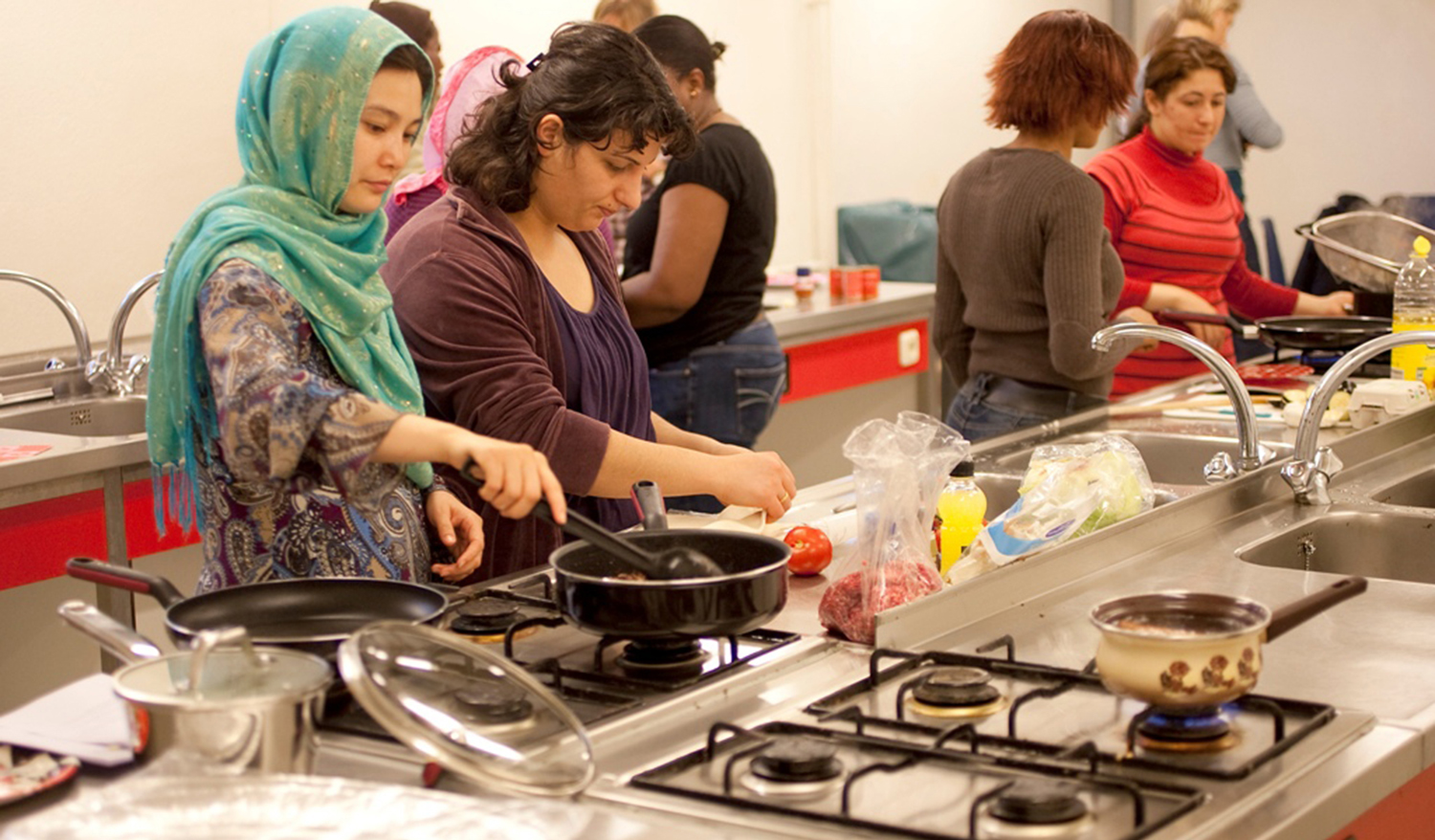 In the second half of 2015, there were concerns among the public regarding possible infectious diseases that might enter the Netherlands as a result of the rapidly increasing stream of refugees. RIVM answered many questions and attempted to nuance spectres. The initial direct contact with issues concerning refugees took place through the Groningen  reception location where a rare disease was transmitted via body lice. This involved mainly people from the Horn of Africa, among whom the lice could spread during their long journey, closely crowded together in confined spaces. RIVM has reported the disease at the European Centre of Disease Prevention and Control (ECDC), allowing other countries to easily recognise the disease and take control measures. Since then, the clothing of people from risk groups are washed upon arrival at these central  reception locations in order to prevent outbreaks of lice related disease and scabies.

In order to properly assess the situation in the various types of reception locations, some refugee centres were visited. Topics included: the scale of the reception location, the medical facilities, and the circumstances under which people are staying there. This knowledge was used to better substantiate advice about hygiene and health. With this advice, RIVM supported the Municipal Public Health Services (GGDs) when in the autumn of 2015 they were temporarily made responsible for the medical care of refugees in the temporary crisis accommodation locations. In addition, RIVM has supported Municipal Public Health Services in the management of minor outbreaks in reception locations, described the destination sources, and shared this knowledge about diarrhoea and hepatitis A, for example.

RIVM was also present at the ECDC conference held in the autumn of 2015 for European experts involved in infectious diseases control and refugees, where they could share their knowledge and experiences and exchange best practices. In addition, they expressed the wish to establish guidelines for the infectious disease control to be used by various countries. It also became clear that one single set of guidelines does not suffice, because the infectious diseases that may present problems vary according to the situation: Italy and Greece, for instance, are confronted with refugees from Turkey and North Africa who are staying there for a relatively short period of time. In countries such as the Balkans, refugees are mainly passing through, involving large numbers of people under poor hygienic circumstances. In Northern Europe, including the Netherlands, refugees are staying for a longer periods of time, posing different problems.

These experiences resulted in various RIVM activities to be conducted in 2016. The many existing Dutch guidelines will be collected, drawn up univocally and be made easier to find. Guidelines will also be shared on a European level. In addition, RIVM regularly provides an overview of notifiable infectious diseases that occur among refugees in the Netherlands. An improved policy may ensure that the spread of these diseases remains as limited as possible, the main ones of which include tuberculosis, chronic hepatitis B and malaria.