Air quality past 130 kilometres per hour: more emissions, no violations of limit values 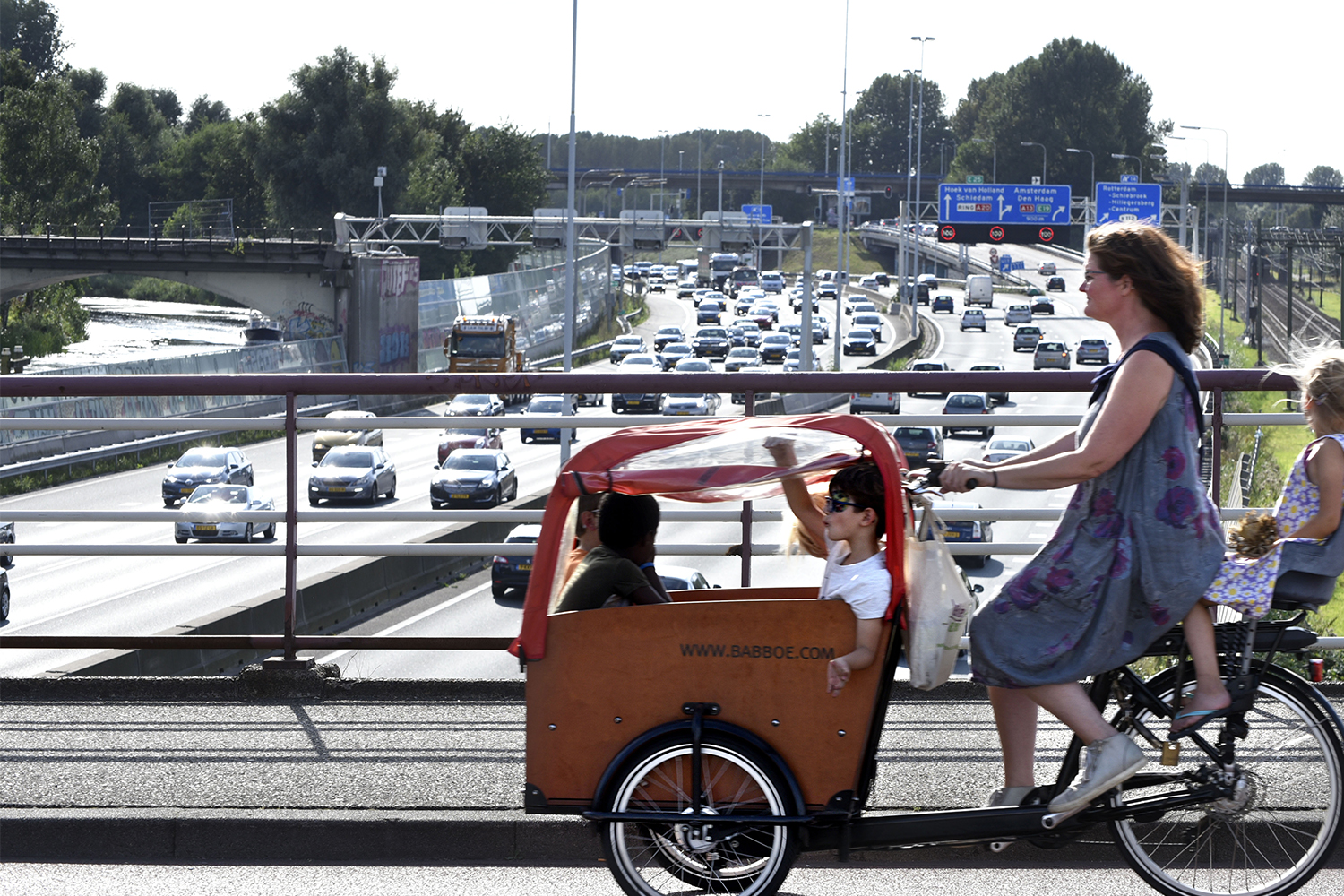 In 2016, the maximum speed limit on 29 motorways was increased to 130 kilometres per hour. The higher speed causes these cars to emit more air pollutants. RIVM investigated how these increased emissions affected air quality. The study showed that higher emissions due to traffic have led to higher concentrations of nitrogen dioxide and fine particles along the motorway. However, these increased concentrations are compensated in many locations by continuing improvements in air quality in recent years. This means that, according to calculations, the European limit values have not been exceeded anywhere – although in relation to nitrogen dioxide, the chances of doing so have increased at a number of locations following the implementation of the speed limit increase.

Nitrogen dioxide (NO2) and fine particle (PM10) concentrations were investigated at 71,159 locations along the 130 km/h routes. “At 84% of the investigated locations, the calculated nitrogen dioxide concentration has decreased since 2015, even taking into account the speed increase. Without that increase in the maximum speed limit, these reductions would have been even more dramatic,” says Joost Wesseling, who was an air quality researcher on this report. “At 5.5% of the investigated locations, in spite of the overall improvement in air quality, the local air quality has even grown worse due to the speed increase and there is a greater chance that the annual average threshold for nitrogen dioxide will be exceeded.” Statistically speaking, the number of limit value violations can be expected to increase by 12. In the case of fine particles, the likelihood of limit value violations remains approximately the same following the maximum speed limit increase.

Since 2015, the Netherlands has had to comply with European thresholds for nitrogen dioxide. The 2016 monitoring report published by the National Collaboration Programme on Air Quality (NSL) shows that the (calculated) average nitrogen dioxide concentration has been reduced in the Netherlands. This trend is expected to continue in the coming years. On the busy streets of bigger cities such as Amsterdam and Rotterdam, the European nitrogen dioxide limit value is still being exceeded. In 13 of the 390 municipalities, the European threshold for fine particles is being exceeded. These concentrations are particularly high in areas with intensive livestock farming or industry. The increased maximum speed limits have virtually no effect on this.

Responses to the report

RIVM conducts independent research and aims to communicate the results of its investigations factually and meticulously. However, the responses to the report on the increased maximum speed limits were widely varied. The different effects studied in the investigation, increased contributions from road traffic, and autonomous improvement of air quality were perhaps not covered in sufficient detail. Some people, therefore, reached the erroneous conclusion that driving faster will lead to cleaner air, or that RIVM is justifying the political decision to increase the speed limit. These responses indicate that RIVM’s independence is sometimes questioned, even when the investigation has been carried out transparently.

Many people are concerned with air quality these days. The Dutch RIVM website about air quality checks provides an interactive overview of air quality in the Netherlands and provides answers to frequently asked questions.