Transmitter off, receiver on 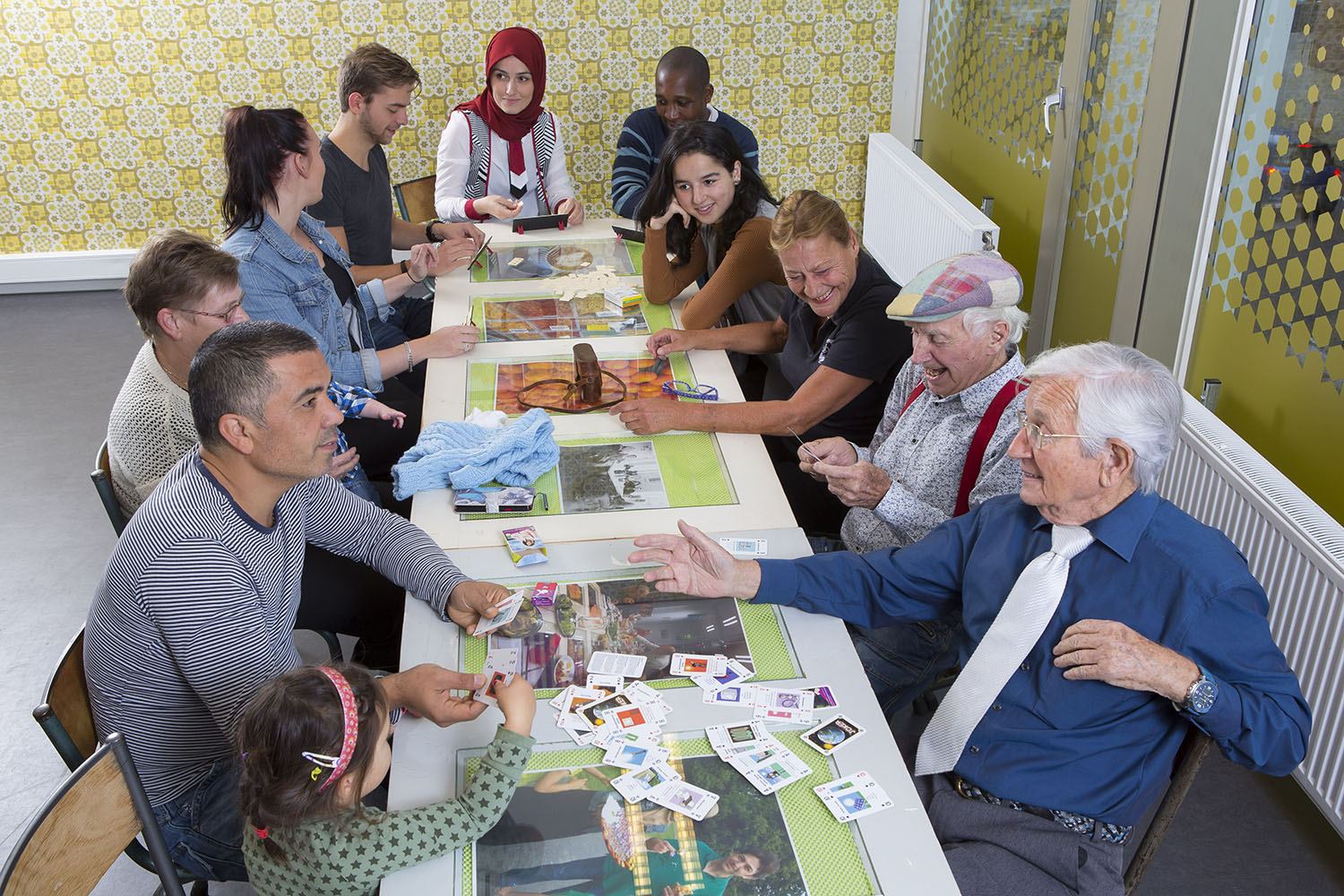 Spurred on by the municipality of Amsterdam and the city’s public health services, the resident organisation Eigenwijks has worked for years to promote health awareness amongst the people living in the Slotermeer neighbourhood of Amsterdam. The residents’ association had already arranged effective recruitment and training for health ambassadors. Those efforts had activated residents, who alerted neighbours and encouraged them to adopt healthier habits. The 'KIJK! Een gezonde wijk project', a local initiative promoting health awareness, could easily connect to the established activities.

The project in Slotermeer was an excellent way to connect scientific research and community participation, as Glastra van Loon describes. “The researchers were able to work with the health ambassadors who were already active within Eigenwijks. An expert group was also set up to contribute their thoughts and give feedback about the project. Through their personal networks, the ambassadors recruited residents to brainstorm about the project and collect data on the positive and negative properties of their living environment. Minimal effort was required to engage local residents, since the ambassadors tapped into their own networks.”

This approach to collaborating with researchers is new, he says. “Eigenwijks definitely does not get involved in every study that is offered. Most invitations to collaborate on a research project are declined if the study does not benefit the residents. In this case, the residents took the lead. We were often able to join ongoing efforts in the active groups within Eigenwijks. In those situations, we introduced the researcher to the group and facilitated the transition as needed. The result was increased health awareness for the participants.”

Participating residents who took part as health ambassadors did in fact discover that they got more involved in what was going on in the neighbourhood. “It was a wonderful experience. This is good for us, especially in that neighbourhood.  Health is important,” a participant explains. The project has given her a more positive view of the personal impact she can have on her own living environment.

A new way of collaborating

Glastra van Loon had never considered that a major research institute such as RIVM could conduct research using such a collaborative approach. “This experience has really taught us a lot about how we can include other stakeholders in this way of working. It was quite a complex undertaking, since the main focus here on what was important to the residents.” The residents’ association is eager to share its experience with other organisations. During the national community outreach conference, a number of community workers visited Eigenwijks to learn more about working with health ambassadors. A delegation from the province of Drenthe came to Amsterdam for similar reasons.

“Don’t tell people what would be good for them and their neighbours; instead, express sincere curiosity about what’s important to them”

Glastra van Loon advises researchers to consider in advance what their study could mean for residents in that neighbourhood. “Give them actual power to affect the process of taking measurements and generating knowledge.  And be open to learning from them: transmitter off, receiver on. Don’t tell people what would be good for them; instead, express sincere curiosity about what the local community considers healthy. Give them the opportunity to learn about health. It is a huge benefit that residents are in their neighbourhood 24 hours per day, and that there are lots of them. That means they can help researchers accumulate a huge volume of data.”