Partnership between RIVM and the Dutch Caribbean Islands 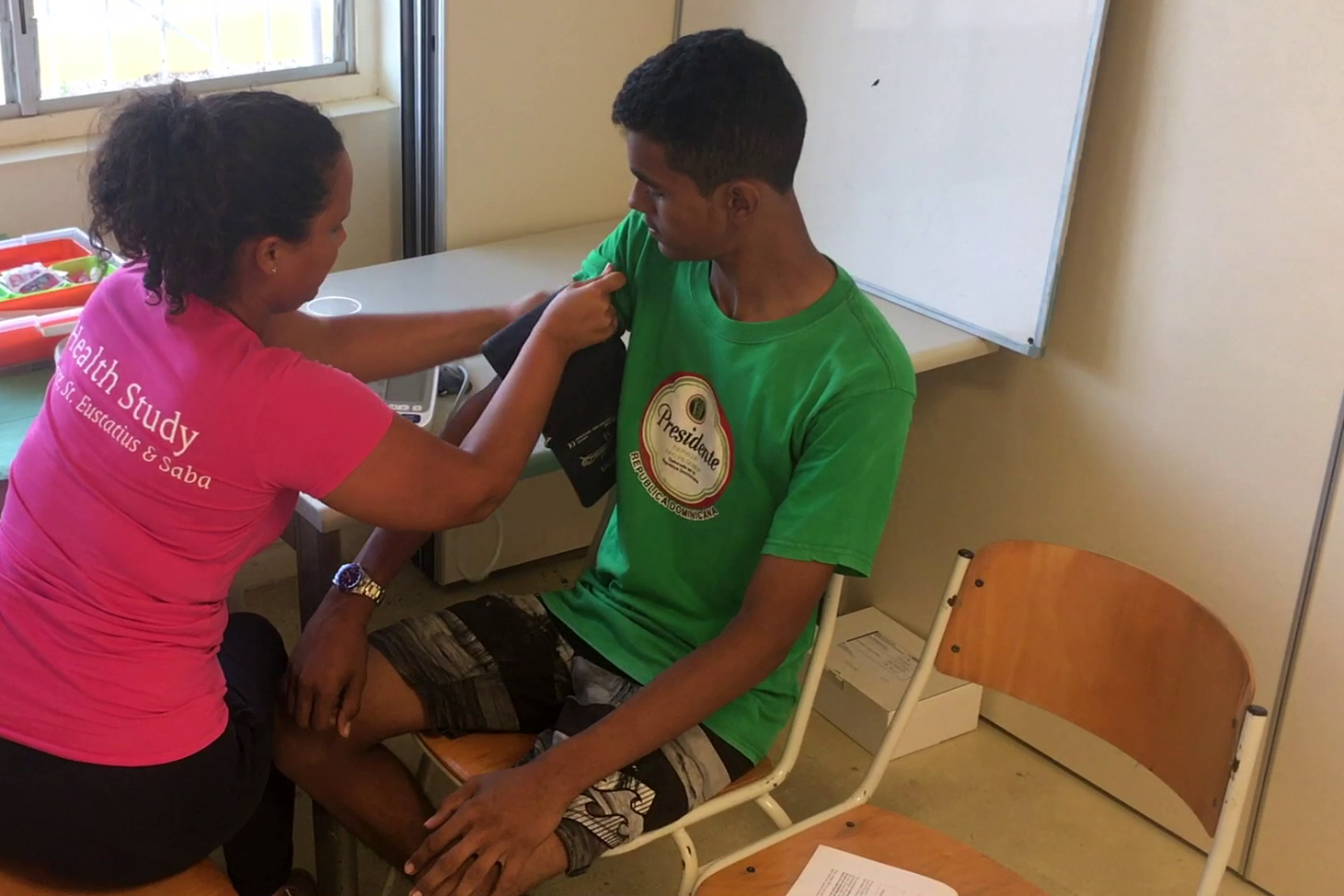 During the course of 2016, RIVM partnered with the Dutch Caribbean Islands in various areas. For instance, steps were taken to prepare for the initial study which will take place in 2017 on Bonaire, St Eustatius and Saba to assess how well the population of islands is protected against infectious diseases. RIVM also supports all four countries within the Kingdom in improving their preparedness to deal with threats to public health.

In 2016, the PIENTER health study was conducted in the Netherlands for the third time and has now been extended to include the Dutch Caribbean Islands. This broader Health Study takes a wide-ranging look at the extent to which people are protected against infectious diseases. Pathogens that are transmitted by animals (zoonoses) and antibiotic resistance are also of interest, as are local pathogens like dengue. “It yields a wealth of information,” says Fiona van der Klis, who is leading the study. “RIVM will analyse the data and share the results with the Dutch Caribbean Islands. These efforts support public health policy in the Dutch Caribbean Islands, so illnesses can be prevented and controlled more effectively in future.”

The study involves testing antibodies in blood and investigating which bacteria and viruses are present in throat and nose cultures. The samples are placed in test tubes that have been treated with a special preservative agent, allowing them to be stored in unrefrigerated conditions for transport to the Netherlands. The participants also completed a questionnaire about risk factors, lifestyle and chronic illness.

Implementation of a new Kingdom Agreement

An agreement between the Netherlands, Curacao, Aruba and St Maarten was signed in 2015, as part of the new constitutional order establishing the status of the Dutch Caribbean Islands within the Kingdom. In line with the International Health Regulations of the World Health Organisation (WHO), this Kingdom Agreement outlines how the countries within the Kingdom work together to address threats to public health, including infectious diseases. RIVM representative Hans van den Kerkhof: “The regulations were implemented in 2016. RIVM worked hard in cooperation with colleagues on the islands to prepare the countries for outbreaks of infectious disease.”

An example is the support provided to control the mosquito population, such as during the Zika outbreak in the Dutch Caribbean Islands. RIVM also assisted local labs in setting up their own diagnostic system, making it possible to analyse samples locally rather than always shipping them off to the Netherlands for testing.

In addition, RIVM brainstormed with colleagues on the islands about ways to detect and control the Zika virus, and protocols were exchanged for pregnant women with a Zika infection.

As part of the Kingdom Agreement, RIVM has been notifying the WHO directly about infectious diseases on the Dutch Caribbean Islands since 1 January 2016. In the past, the islands handled notification themselves. “This approach provides a better overview of what is happening and what is being reported,” says Van den Kerkhof. RIVM had already been the designated intermediary between the WHO and the Netherlands for some time in relation to communication about international threats for public health, including infectious diseases.