Influenza: what does RIVM do? 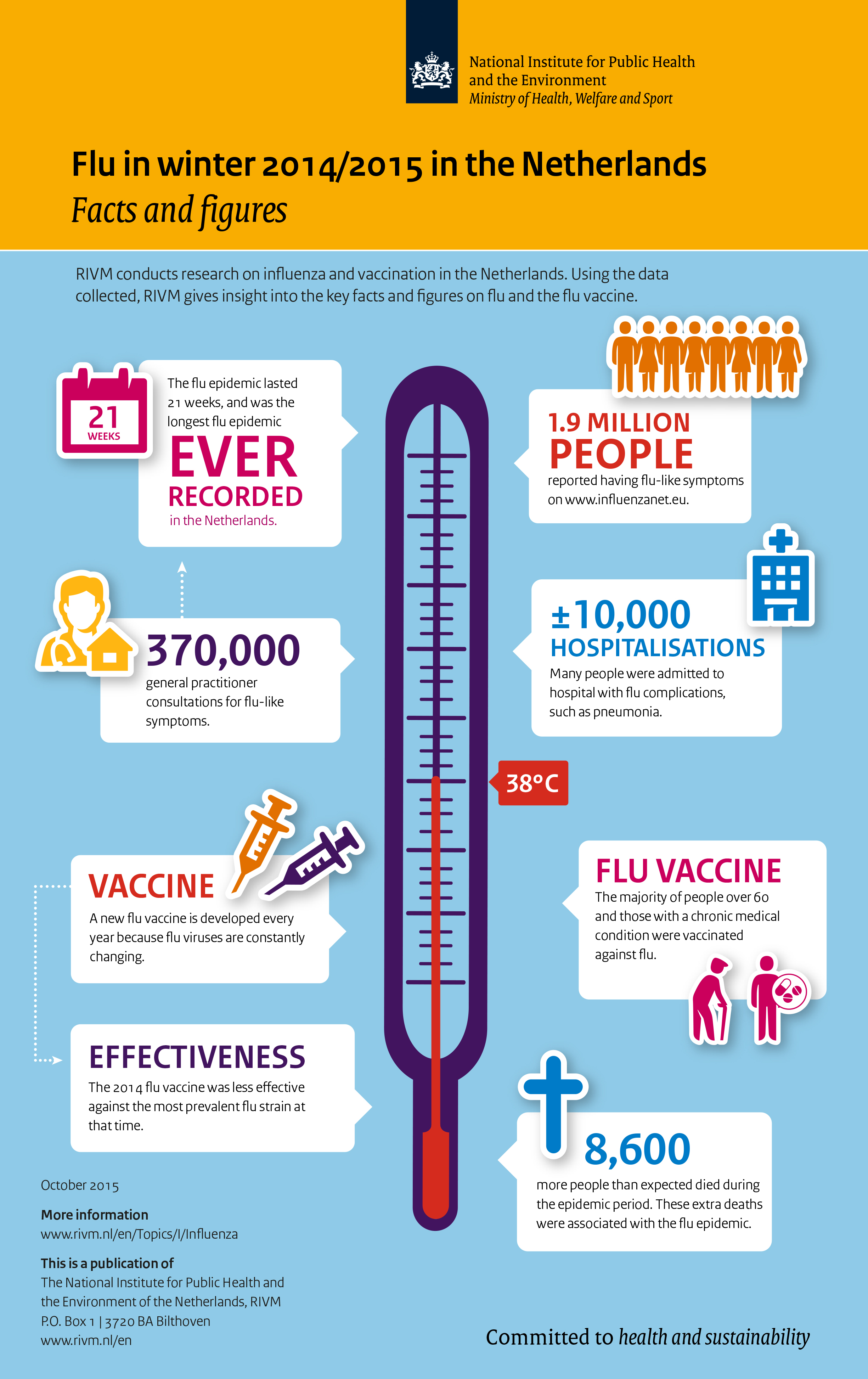 The term ‘influenza’ invokes varying associations: many people confuse it with a nasty cold, while others emphasise that people can die from it. Providing consistency was thus one of the reasons for RIVM to improve the provision of information about influenza in 2015. Among the ways of realising this was the active provision of information about influenza during the influenza season, and about RIVM’s activities.

What do we do, and with whom?

RIVM collects data from various partners for this, the most important of which is the Nivel institute, which since 1970 has been weekly registering the number of people who go to their GP because of influenza-like symptoms. The GPs send the throat and nose cotton swabs from a sample of these patients to RIVM, where they are tested for the influenza virus. The Erasmus Medical Centre (EMC) then further analyses these viruses. In addition, a number of hospitals state the number of instances in which influenza is diagnosed in their laboratories.

The figures about the Netherlands are reported weekly to the World Health Organization (WHO) and the European Centre for Disease Prevention and Control (ECDC). They are used for international policy and the annual determination of the composition of the influenza vaccine that will be used worldwide.

During the last influenza season, infographics were used for the first time in order to concisely communicate the facts and figures about influenza. Updated influenza figures were placed weekly on the website, and ‘Facts about influenza’ were shared via social media, in addition to news reports about the influenza epidemic. 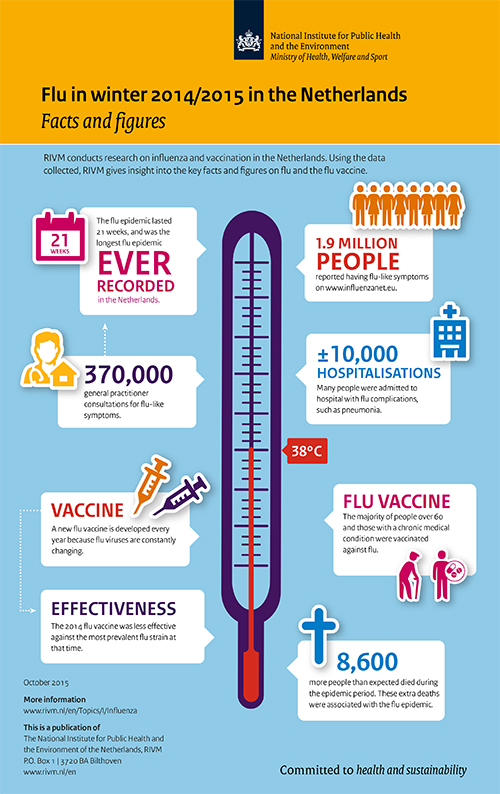