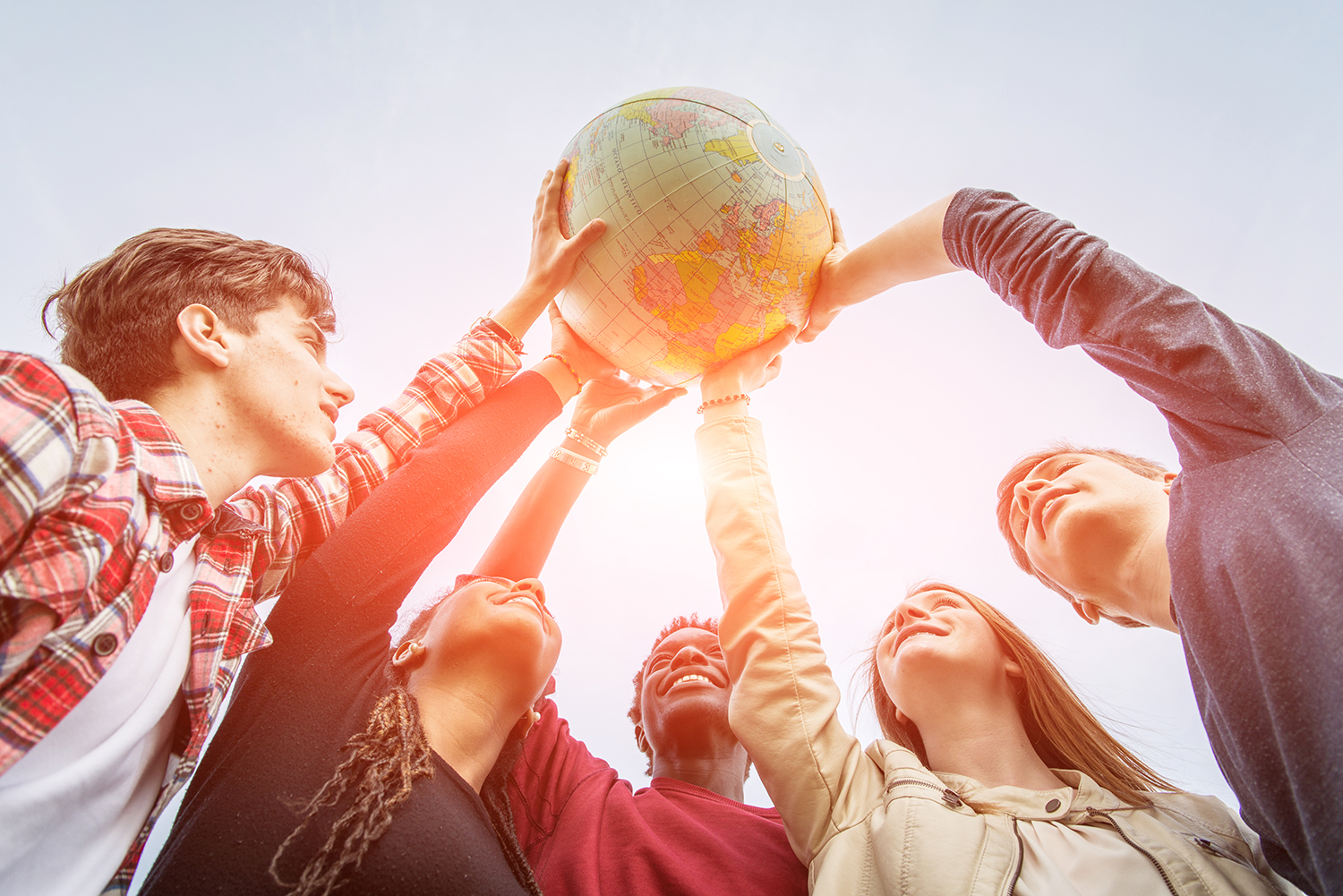 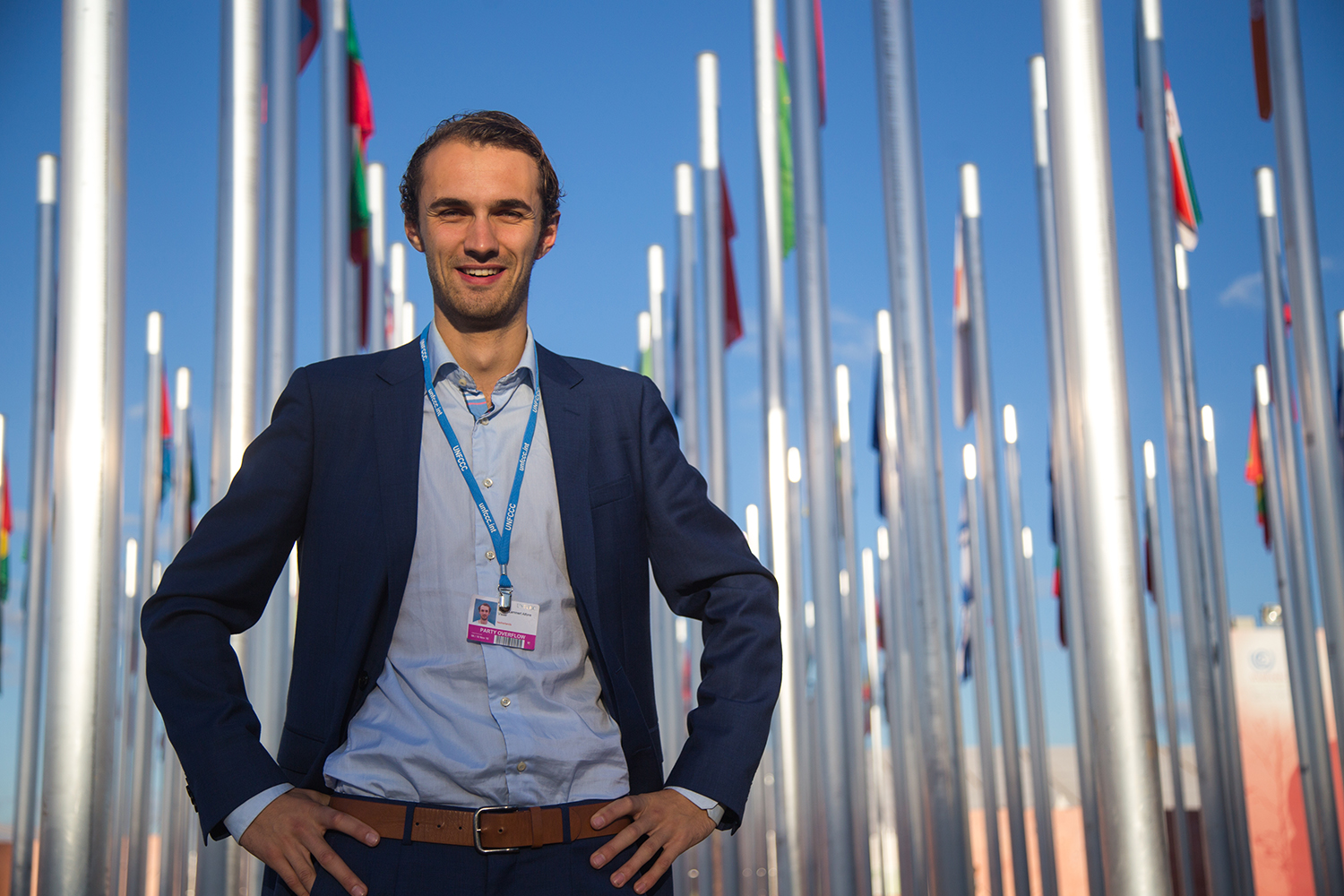 In 2016, Martijn Visser (24) was chosen by nearly 10,000 young people to be the UN youth representative for the Netherlands. He’s currently working on the United Nations’ sustainable development goals from the National Youth Council’s Utrecht office.

Visser recently graduated from Wageningen University with a degree in Forest and Nature Conservation, and his ease in fielding questions shows you that he’s no stranger to journalists. At the same time, he radiates a youthful vitality that adds dynamic energy to his answers. Even as a small child, Visser was already exploring nature and playing outside. As a biology student, he learned about environmental threats like deforestation and biodiversity loss. Inspired by his studies, he joined forces with professors, launching an initiative to protect a coral reef in Kenya from dynamite fishing, using such tools as educational projects. “The fishermen are looking at the short term: if you chuck dynamite into the water, the fish float to the top. That’s great, but then the reef is gone and there are no fish left for the next generation.”

You’re in a world of conference tables and policy documents now. It’s a long way from the outdoors.

“Yes, it is. And that has affected me. The first time I went to one of these climate summits, there were 30,000 people and they all wanted to influence climate policy. I was idealistic, thinking that all of these 30,000 people wanted to really make a difference. And then you see that Saudi Arabia is obstructing everything, the oil industry’s there, you name it. That’s when I realised, oh right, this is the way it really works.”

Doesn’t that have a negative effect on your motivation?

“No. We give a lot of presentations and guest lectures in the Netherlands. We work closely with a lot of youth organisations, and that’s where the real energy comes from. I think that’s amazing. A lot of young people are working on start-ups, things to make the world or the Netherlands more sustainable. That gives me the motivation to go to the UN. I’ve been to five, six of the big summits on sustainable development, addressing things like climate action and other sustainable development goals. As a younger generation, we are trying to get our foot in the door in any way we can so we can work on that.”

Goal 13, Climate Action, was only defined in general terms at the time, since the Paris Accord was already planned

Countries aren’t required to work on the 17 sustainable development goals. So how valuable are they?

“Very valuable. I look at it as a kind of framework, like the Paris climate accord. The agreement itself may not be fully binding, but it does have momentum. The pressure from civil society is important; it lets the government know that they have to keep their promises.”

What have you done for the climate in the last year?

“On the one hand, we’re dedicated to education. That sector does not teach much about sustainability, an integral way of learning about and acting on climate change. So we’re talking to the government about revising the curriculum so we can make sure that more time is spent focusing on the skills young people will need in the future. The Social and Economic Council of the Netherlands just wrote a report saying that education is currently not focusing enough on training people for the energy transition. Soon we’ll have too few people to install solar panels, people who know how to insulate homes. On the other hand, we’re working on new climate legislation: how can the Paris goals actually be achieved? We’re really pushing to get young people a seat at the table. Youth organisations and the people around the minister are excited. Now it’s all up to the minister.”

What do you want to have achieved by the time you step down as UN youth representative in November?

“If young people are involved in climate change legislation in the future, that’s a victory. We’ve made sure that there’s a section in the Paris agreement about education, that climate education has to happen. We’re taking that section of the text and knocking on the Ministry of Education’s door, saying: hey, the Prime Minister signed this, so what are you going to do about it? And then they say, OK, this gives us the leverage to really do something. In other words, all these documents do actually serve to increase pressure on the government so they take action.”